The generic term heavy fuel oil (HFO) describes fuels used to generate motion and/or fuels to generate heat that have a particularly high viscosity and density. It is defined either by a density of greater than 900 kg/m³ at 15°C or a kinematic viscosity of more than 180 mm²/s at 50°C. The HFO have large percentages of heavy molecules such as long-chain hydrocarbons and aromatics with long-branched side chains.

2. It adopts our GD-4294 X-Ray Fluorescence Sulfur-in-Oil Analyzer to measure the sulfur content in petroleum products (Heavy fuel oil, Light oil, naphtha, crude oil, etc.). Its measuring range is 17 ppm~5%(50000ppm) and the detection limit is 10ppm. Compared to the traditional type, i list its main advantages below. 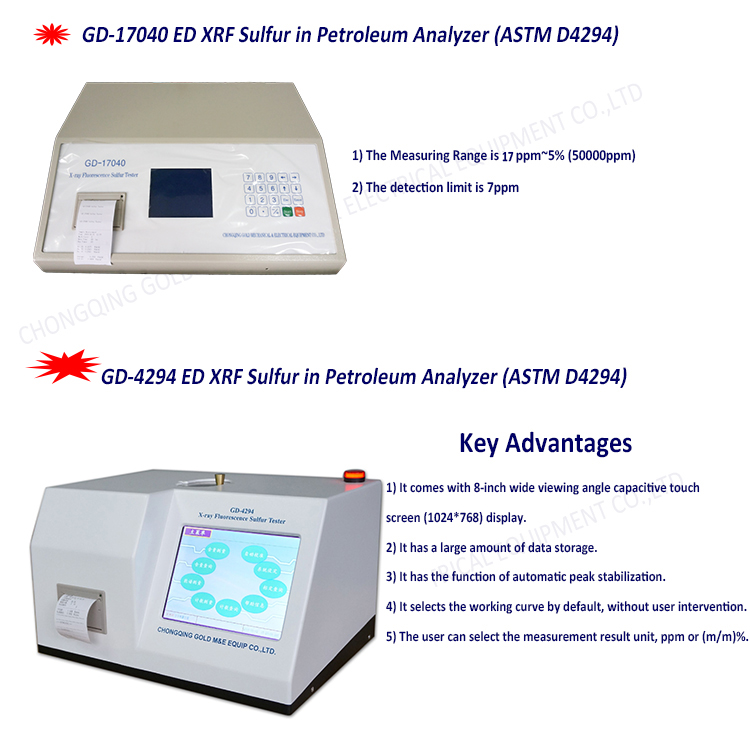